Have you seen any PIPs returning after their winter break?

When you spot PIPs returning to your area, please put in your report here.

Low Isles already has a few newly-arrived PIPs this season. From 14 to 17 August they were sighted each day from the island anchorage by Julia. Ten to twenty birds were seen flying in towards Low-Woody during the late afternoons and leaving each morning soon after sunrise. 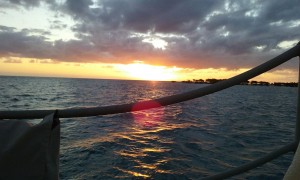 At Coquette Point (Innisfail area) the first PIP of the season was heard (but not seen) on 15 August, thanks to Yvonne and Ruth.

In Cairns the first PIP sighting – a single bird – was reported on 20 August, thanks to Brian.

Update 30 Aug: There were more a few more reports for Cairns the past week (last week of August). Kylie and Chris each reported a single PIP (thanks to both) while Brian saw 9 PIPs, the first group reported on the mainland this season (thanks again Brian).

As yet there have been no sightings south of Cairns. Please keep an eye out for new arrivals in your area!