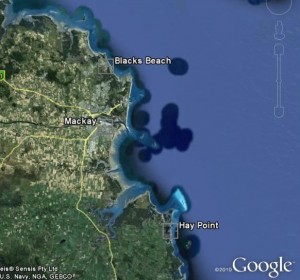 It was great to receive two independent PIP reports from the Mackay area.

Fay reported seeing two PIPs at Blacks Beach on October 18. She had already heard the first pigeons of the season in early October, about the same time as she has done in previous years.

Ed observed 5 PIPs flying south, low over littoral rainforest to the near south of Hay Point on October 24. Later that day Ed discovered feathered remains of a PIP that he suspected might have been the result of a Goshawk kill.

Historic reports exist of PIP nesting in the Mackay-Whitsunday area but no recent information so all sightings are helpful. It will also most valuable if boating people can keep a lookout for PIPs flying to or from islands where they might be nesting.